A Tapestry for Europe

We aim to recruit at least ten thousand fingers to make this tapestry, a thousand stitchers drawn from Britain and Ireland and also from expatriate european communities living in Britain. For example, those with Italian heritage might like to stitch the panel about renaissance Florence, or those with a German background might want to make the panel about Martin Luther. But everyone who wants to make a contribution either with a needle or with cash or both is welcome.

Just as Rome was not built in a day, so tapestries are not made in moments. We plan to create a Tapestry for Europe in stages, beginning with twenty-two core panels that are landmarks in this remarkable story. We need to raise £100,000 through crowdfunding to make these come alive. 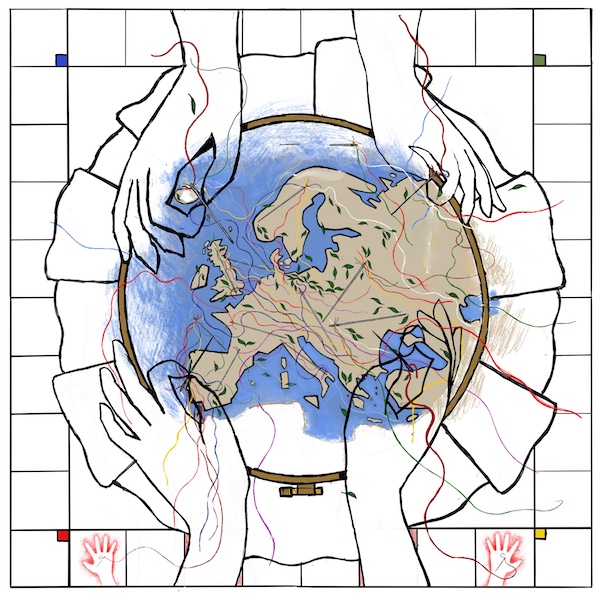 The story of Europe stitched together by thousands of fingers. 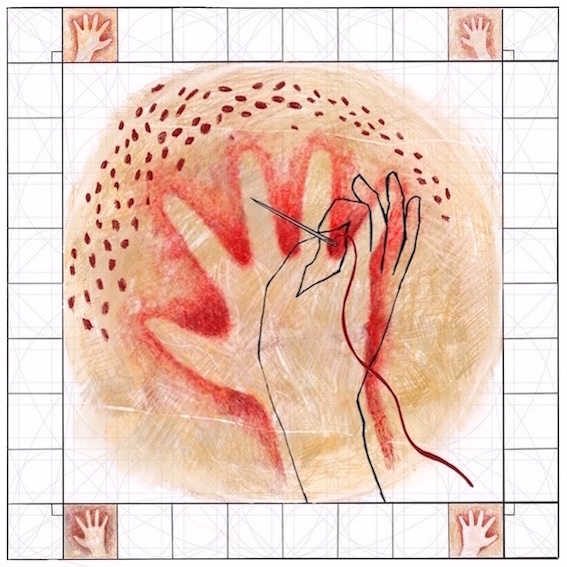 The painted caves at Lascaux, Chauvet and elsewhere tell a graphic story of the culture of Europe during the last ice age as our ancestors sheltered from the extreme weather. On the walls of their caves they left a graphic record of their remarkable lives. The ice began to melt about 13,000 years ago.

3. Doggerland and the Storegga Slide 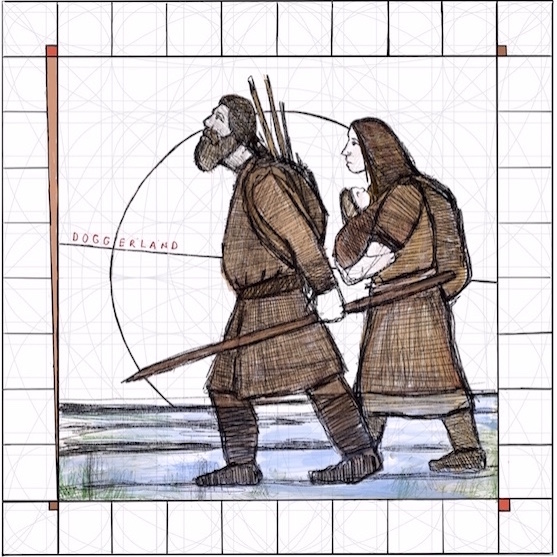 In what is now the North Sea there existed a vast subcontinent, perhaps the cradle of prehistoric European culture. Migration flowed back and forth across what prehistorians have called Doggerland after the remnant of its mountains, the Dogger Bank. Its peoples flourished until c5800BC when a massive undersea earthquake in the Storegga Trench off the coast of Norway swept much of the landmass away.

These were immigrants to Western Europe who brought a different culture to replace the people who built the great monuments like Stonehenge. The Beaker culture is best known by its grave goods; archery kit, gold objects and fine pottery.

At Alesia in 52BC, Julius Caesar led the world’s first professional army in a huge seigeworks to trap and capture the leader of the Celtic tribes of what became France, Vercingetorix.

When the Emperor Constantine shifted the centre of the Roman Empire eastwards, he also established Christianity as the state religion. The great Church of Holy Wisdom, Hagia Sophia was begun and as Byzantium, the empire would profoundly influence the story of Europe until 1453 when the city fell to the Ottomans.

Intensifying in the 4th century, the incursions of barbarian tribes changed Europe utterly and established a main theme of the 1st millennium. What the Germans call the Volkerwanderung accelerated when the Rhine froze in the winter of 405/6 and theFranks slithered across to make France, the Vandals Andalucia and much else.

In 793 Lindisfarne was attacked, then Iona and a slave market was eventually established at Dublin. Across Europe, Swedish Vikings sailed the great rivers of Russia to found the kingdom of Kievan Rus.

From St Denis in France to Lublin in Poland great churches began to rise in the medieval period. These huge, awe-inspiring churches are monuments not only to faith but increasingly sophisticated engineering.

The rise of the city of Dante, Boccaccio and Petrarch, of the great Duomo and Giotto’s Campanile and the parallel and crucial development of banking and double entry bookkeeping in the 14th century.

Outraged at the sale of indulgences, Martin Luther nailed his 95 theses against the excesses of the papacy on the church door in Wittenberg Castle and began the process of reformation that would convulse Europe for centuries.

Belgrade was taken by Islamic forces in 1521 and the Balkans absorbed under the rule of the Caliph in Istanbul. This would lead to a combustible cultural mix in south-east Europe that would flare into war again and again.

The Edinburgh and Glasgow of David Hume, Adam Smith and the design of the new town by James Craig. 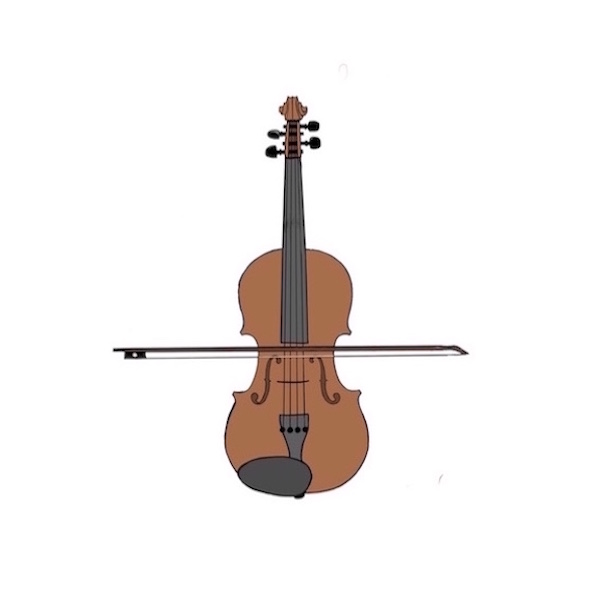 In the Tyl Theatre in Prague in 1787, an expectant audience took their seats for the premiere of Mozart’s Don Giovanni.

In 1828 George Stephenson’s Rocket was on its trial run on the line between Liverpool and Manchester when the eminent politician, William Huskisson, was unable to get out of its way, not believing that the train could travel so fast, and after beingbadly injured died.

Across Europe the year 1848 saw several revolutions. Karl Marx and Friedrich Engels had met in Paris and in the same year the Communist Manifesto was published. Its ringing phrases echoed around the continent.

At the Foreign Office in London, Sir Edward Grey feared that the lamps were going out all over Europe as the German, Austrian, French, Russian and British armies mobilized.

The invasion of Poland and the overrunning of Western Europe by the German army. Dunkirk and the Fall of France.

Images are more powerful than words.

The first Council of Europe met in Strasbourg and Robert Schuman conceived the plan that would lead to the establishment of the European Coal and Steel Community in 1952, the seed that grew into the European Union.

In 2008 a 17 kilometre tunnel was dug near Geneva to house the Large Hadron Collider and in 2012 the Higgs Boson particle was discovered. Our understanding of the nature of matter and the universe was altered and the accepted Standard Model Theory will undoubtedly change. 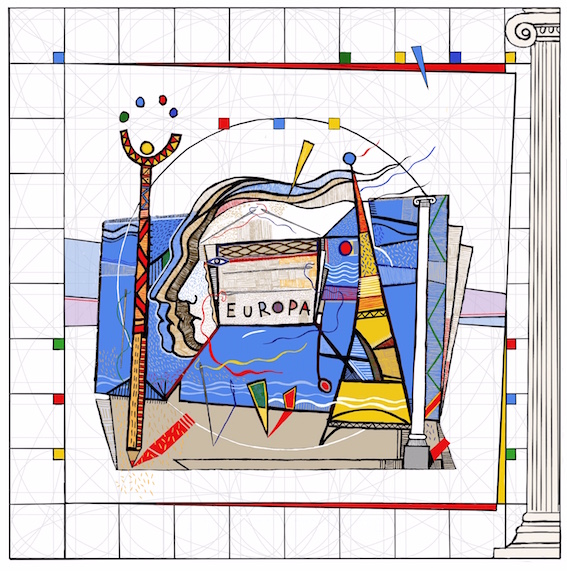 This complex story builds up to the final panel which will reflect a much more complex and divergent Europe of today.